At Big Drop, we’re committed to producing world-class craft beer. It just so happens that our beer is alcohol-free. Since our humble beginnings in 2016 the alcohol-free market has boomed.

UK sales of no-and low-alcohol beer have doubled in four years with sales of £63m estimated for 2020[1]. With growth comes curiosity and lots of questions. However, we often get asked the same few things. So, this is as overheard by Big Drop.

“Your beers contain wheat, rye and barley – how can they be Gluten-Free?”

Since 2012 food and drink manufacturers have had to comply with laws which stipulate that a ‘gluten-free’ label can only be used on products which contain less than 20 parts per million (PPM) or less of gluten. This is also the level which is considered safe by Coeliac UK[2].

We use over 20 speciality grains to create our stellar selection of beers which poses the question – how can they be gluten-free?

The answer lies in our brewing technique. One of the reasons we can brew our beers naturally to 0.5% ABV, without removing the alcohol afterwards, is the fact that we use a lot less grain in our recipes than other beers. So that means, simply, that there’s a lot less grain to start with!

In fact, all of our beers are less than 10PPM (except our Brown Ale which is not gluten-free, coming in at about 25PPM), According to Coeliac UK, this amount of gluten is safe for people with Coeliac disease to consume and they say okay to have unlimited amounts of products that contain a level of 20ppm or less[3].

The bottom line: Yes, our beers do contain grains that contain gluten, but this is reduced to a certified safe level during our specialist brewing. 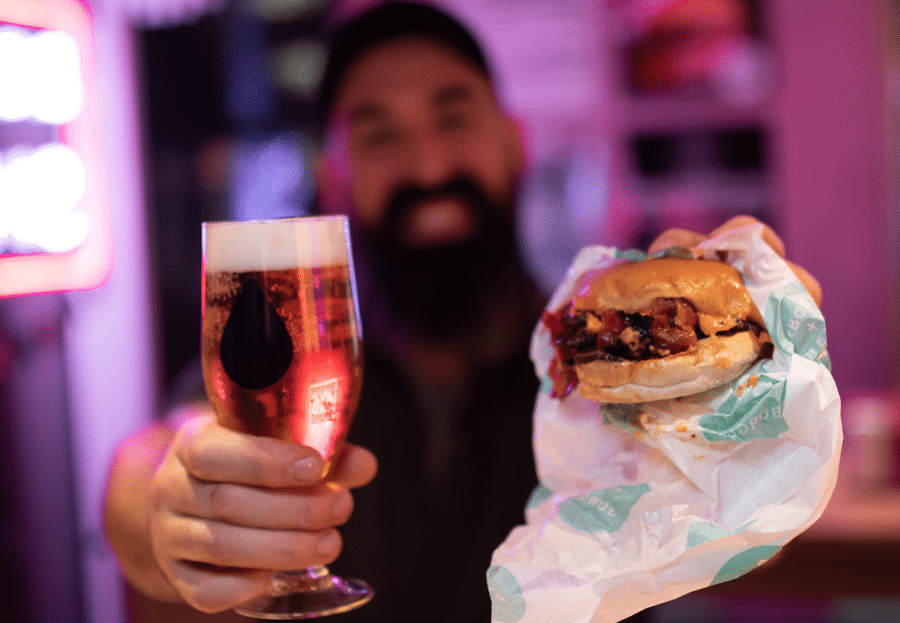 This is the Big One. And the answer is: it depends.

Whether something is “alcohol-free” depends on which country you are selling your beer. In most of Europe, any beer of 0.5% ABV is considered alcohol-free. In Canada (where we also sell our beer) if it is less than 0.4% then you can call it “non-alcoholic”. In the US the rules say 0.5% is “non-alcoholic”. In Australia (watch this space, Aussie fans…) our beer would be called “Ultra Low Alcohol”.

In the UK there are “guidelines” which suggest that 0.5% beer should be called “low-alcohol”. But hey, they’re guidelines, not rules. And so in keeping with our international market, we stick with alcohol-free.

Bottom line: It depends where you live!

Which begs the next question: if there is a teeny tiny bit of alcohol in Big Drop (although not much more than an overripe banana), then…

“Can I get drunk off Big Drop beers?”

The amount of alcohol is so small that your body will process the alcohol faster than you can drink it, even if you drank 12 bottles back to back.

Don’t believe us? Watch this if you want a laugh (but please don’t try it):

The bottom line: Yes, it contains a very small amount of alcohol, but it is so tiny that you can drink 20 bottles and walk the plank.

Don’t just take our word for it, though.

Way back In 2012, a medical institute at the University of Freiburg released a study into the effects of alcohol-free beer (you’re in safe hands when it comes to beer studies with German institutes, that’s for sure). You can download a full copy of the report if you’d like to get the full detail (you’ll need to brush up on your German first), but in the summary covers it pretty well:

The results of the study suggest that even after consumption of unrealistically high amounts of non-alcoholic beer, negative forensic implications are not to be expected.

“What’s the point of alcohol-free beer?”

There is actually a lot of point!

Not everybody drinks (alcohol) all the time. But just because you’re not drinking (for whatever reason), doesn’t mean you shouldn’t be able to have a great beer.

You’re still entitled to that ‘Ahhh’ feeling having a pint at the end of a long day. And sometimes you don’t want to have that foggy head feeling the next day, especially when you’ve got a lot on your plate.

That’s why Big Drop is here. Our Founder, Rob Fink, realised that whilst the craft beer “revolution” had completely changed the landscape of beer in the UK, alcohol-free beer had been ignored and the options were the same uninspiring offerings from twenty years ago.

Three years ago, we were brewing about 600 pints a month. Last month we brewed about 100,000 pints. We think that’s proof enough!

The bottom line: There is a point.

We want to give real choice to beer lovers in all occasions with no compromise. We work hard to ensure that we can provide even the most discerning drinker with the beer style of their choice!

And that’s what we’re all about – giving people beers that actually taste great.

So Live Big and do the things you love. Because there’s nothing better than a lunchtime pint, is there?

Photo by Jon Tyson on Unsplash