Toronto, ON — Big Drop has crossed the pond. The UK-based craft brewery, solely dedicated to making non-alcoholic beer, is making some big moves on the eve of its third birthday with the launch of its Stout (Dark Noir) and Pale Ale (Pale Blanche) in Ontario at LCBOs.

In just three years of business, Big Drop has been a trailblazer in the non-alcoholic category. In fact, when they launched, they were the only brewers in the world exclusively dedicated to non-alcoholic beer. The company is now on course to produce over a million pints of beer in 2019. While the business started in the UK, overseas demand will soon account for half of its sales as Big Drop is now available in the Netherlands, Sweden, Finland, Denmark, France, Germany and, most recently, Canada. However, by contract brewing it is able to produce its beers locally in any country and scale-up production to meet demand without incurring the cost or environmental impact of shipping.

“We’ve championed the non-alcoholic drinks movement from day one and we’re so proud to now be expanding into the Canadian market,” says Rob Fink, Founder & CEO of Big Drop. “As the demand for non-alcoholic drinks continues to grow, we hope to be a year-round choice for people who want to manage their alcohol intake and still enjoy a great tasting craft beer.” 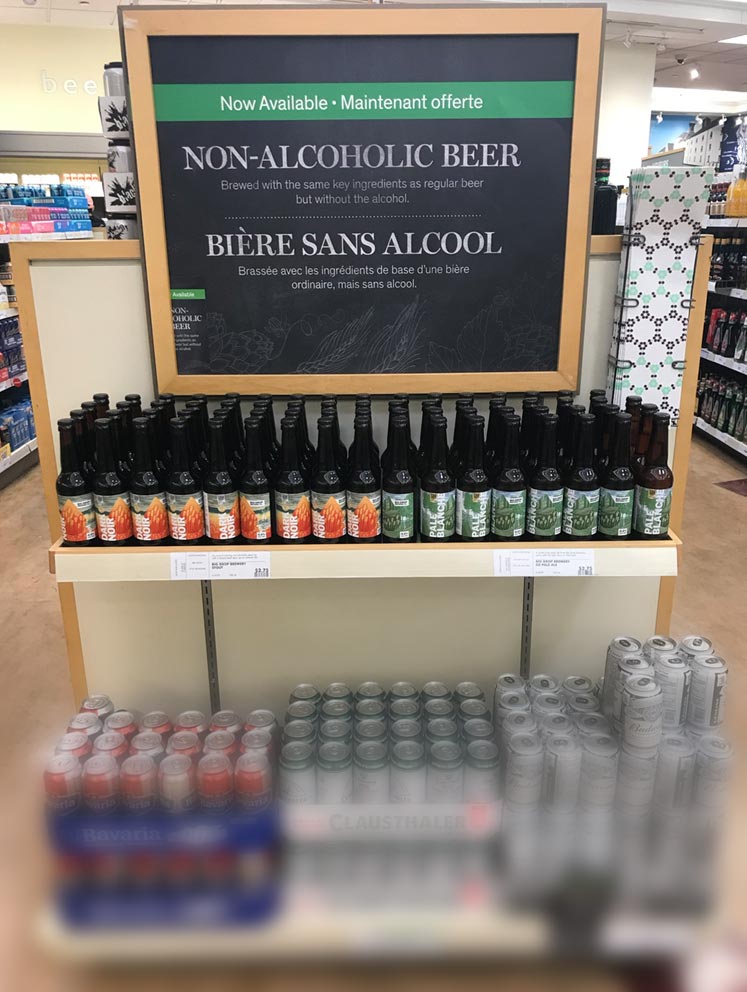 Big Drop’s rapid growth can be attributed to pioneering new brewing techniques and using experimental recipes, meaning that it can produce great tasting non-alcoholic beer – naturally – without having to filter or extract any alcohol in the process. As a result, its range of craft beers have won multiple accolades and awards, including some against full-strength competitors.

Big Drop’s Stout, labelled as Dark Noir by the LCBO, was the first beer created by the brewery. The Stout has been heavily awarded, most recently winning gold at the 2019 US Open Beer Championship. It is a dark, rich and indulgent beer with notes of coffee, cocoa nibs and a lingering hint of sweet vanilla.

The Pale Ale, labelled as Pale Blanche by the LCBO, has been judged by the World Beer Awards to be the World’s Best (low strength) Pale Beer. It’s a crispy and zesty beer packed full of flavour from citrus-heavy hops with a twist of fresh lime and hints of pine and honey on the nose. Both are naturally brewed to 0.4% ABV* (0.5%ABV or less is considered non-alcoholic) and are gluten-free. Available in 330ml bottles they are priced at $2.75 in LCBOs across Ontario.